Gynecologic oncologists at USA Health in Mobile, Alabama, use advanced therapies to treat cancers of the female reproductive system.

Cancers of the female reproductive system require a unique level of care and treatment. Fortunately for women living on the Mississippi, Alabama and Florida Gulf Coast, the most experienced gynecologic cancer care team in the region can be found at USA Health Mitchell Cancer Institute.

Our gynecologic oncologists focus only on cancers involving the cervix, uterus and ovaries. When new discoveries occur or innovative treatments are developed—whether across the world or down the hall in our research department—our physicians know about them and look for ways to employ these breakthroughs in the fight against female-specific cancers. We treat some 1,000 cases of gynecologic cancer annually.

The Gynecologic Tumor Board

At USA Health, we take a multidisciplinary approach to treating any cancer, including gynecologic cancers. Every week, a team of specialists, including gynecologic oncologists, physician assistants, nurses, radiologists, pathologists, researchers and clinical trial nurses, gathers to discuss newly diagnosed cases, recurrent cancers and situations that pose special challenges. Together, they discuss each patient’s diagnosis, cancer stage, treatment options and whether the patient might be appropriate for a clinical trial. The result is a treatment plan developed by the collective knowledge and expertise of an entire team of cancer specialists.

USA Health Mitchell Cancer Institute participates in more 30 clinical trials at any given time. Search our current trials to find out if one may be right for you.

Cervical cancer develops in the cells of the cervix. It’s the only gynecologic cancer that can be prevented through regular screening with a Pap smear. These screenings can detect issues while the damaged cells are in the pre-cancerous phase. In addition, human papillomavirus (HPV) vaccines are available for adolescents before they become sexually active and are exposed to the infection. This virus damages cervical cells over time and can lead to cancer in some women. Our providers offer patients the latest diagnostic and treatment methods for abnormal Pap smears and invasive cervical cancer. Treatment may involve a range of options from conservative surgery with preservation of fertility (when appropriate) through aggressive surgery sometimes combined with radiation therapy and chemotherapy when indicated. Our providers are leaders in cervical cancer treatment in the Gulf South, and they participate in research studies for the management of early stage as well as advanced and recurrent cervical cancer.

The most common of all cancers that occur in the uterus, endometrial cancer typically occurs in patients ages 60 to 70, although some cases may occur in the late 30s. Increased levels of estrogen seem to play a role in endometrial cancer. Certain additional factors, such as obesity, diabetes and early-onset menstruation (prior to age 12), may also increase the risk of developing this cancer. A pelvic examination is frequently normal, especially in the early stages of the disease. Changes in the size, shape, or feel of the uterus or surrounding structures may be seen when the disease is more advanced. Treatment options involve surgery, radiation therapy and chemotherapy. The Gynecologic Oncology team strives to provide the latest, most advanced cancer care for patients that are challenged with endometrial cancer.

Ovarian cancer is the most serious of all gynecologic malignancies since it is frequently a “silent cancer” with few early symptoms. It is commonly diagnosed in its advanced stages. Common symptoms include pressure or fullness in the pelvis, abdominal bloating, changes in bowel or bladder habits, which are progressive, and persistent digestive problems such as upper abdominal discomfort, distention, and gas pains. Since these symptoms are vague and non-specific, it is difficult to detect ovarian cancer in its early stages. The proper diagnosis and treatment of ovarian cancer is best accomplished by specialists in Gynecologic Oncology. Our providers offer patients the latest techniques in treatment. Primary treatment is surgical debulking followed by aggressive chemotherapy.

The Gynecologic Oncology team also may be involved in the management of pelvic masses where there is a suspicion of ovarian cancer. Many patients who are found to have an ovarian mass or an ovarian cyst may like to have a gynecologic oncologist perform their surgery. This service provides an additional measure of assurance that if cancer is detected, the proper specialist will be involved at the initiation of treatment. Additionally, genetic testing referrals are provided for patients with a strong family history of ovarian cancer.

This cancer usually begins in the wall of the uterus or endometrium. The symptoms that accompany this kind of cancer are irregular bleeding not related to menstruation, abnormal bleeding after menopause, painful urination and pain in the pelvic area. The Gynecologic Oncology team provides the latest in early diagnosis as well as the full range of treatment options. Many patients can be cured by surgery alone; however, Gynecologic Oncologists work closely with Radiation Oncologists when radiation therapy is needed.

Depending on which gynecologic cancer a patient may have and its stage, USA Health cancer specialists may recommend some or all of the following modalities.

Gynecologic cancers involve solid tumors. It’s critical that these tumors be removed, which is why surgical oncology plays an important role in treatment. Sometimes, these procedures are scheduled as soon as possible. In other cases, the team may recommend using radiation to shrink the tumor first. Either way, the surgical oncologists at USA Health use state-of-the-art technology to remove tumors, frequently employing a minimally invasive approach when possible.

This revolutionary procedure employs the use of a fluorescent dye to indicate the exact location of lymph nodes where cancer has metastasized, causing the nodes to glow like fireflies. Our surgeons use this tool to help locate and removed affected lymph nodes so that cancer is less likely to spread.

Radiation therapy makes use of proton beams or high-energy x-rays to fight, shrink and kill cancerous cells. Sometimes, radiation oncology is the primary course of treatment. At other times, radiation may precede surgery in order to shrink the size of a tumor, or bundle of cancerous cells. In other cases, radiation is used as adjuvant, or additional, therapy. That is, it follows surgery or chemotherapy in order to target any cancerous cells that remain. USA Health radiation oncologists use advanced radiologic technologies such as the CyberKnife, high-dose brachytherapy and TomoTherapy to treat patients.

Chemotherapy refers to powerful chemicals that can destroy rapidly growing cancer cells in the human body. Chemotherapy may be the dominant course of cancer treatment, and at other times it may be used in conjunction with radiation or surgery.

At USA Health, we follow the National Comprehensive Cancer Network (NCCN) guidelines in order to provide the most effective treatments to patients based on the accumulated evidence available. Roughly 60 percent of the chemotherapy prescribed by our oncologists is administered intravenously and 40 percent is taken orally. IV treatments are administered in our state-of-the-art infusion suites, a healing environment designed to make the process as calm and stress-free as possible.

USA Health offers the following services to women diagnosed with gynecologic or any other cancer.

USA Health staffs a team of supportive professionals who can help you navigate your battle with a gynecologic cancer from diagnosis to post-treatment follow-ups.

At USA Health, we turn patients into survivors from the moment a diagnosis is declared. Our survivorship program shows them how.

A USA Health genetic counselor can help women understand their inherited risk factors and how to protect themselves from a gynecologic cancer diagnosis.

Our nutritionists can help patients develop a nutritional regimen that helps them battle cancer and improve the likelihood of a positive outcome.

Everyday problems may arise as a result of a gynecologic cancer diagnosis. Social worker can help patients solve those issues.

Cancer takes a toll on the lives of those it afflicts. Through supportive care, we are able to help improve quality of life for individuals facing cancer. 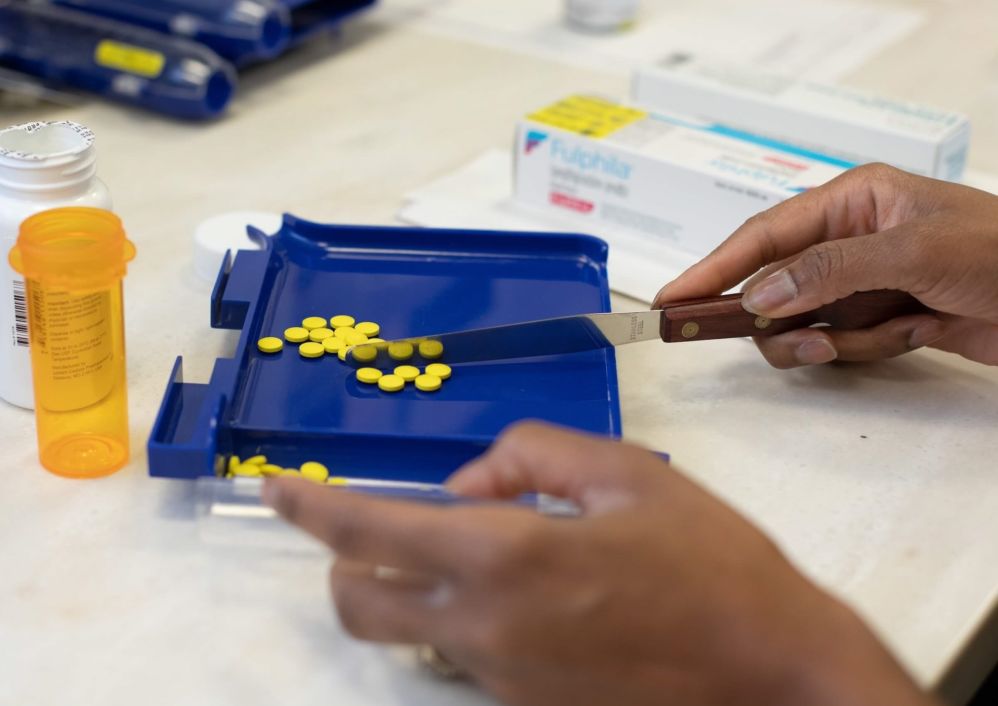 MCI provides access to the newest, most advanced medications for cancer patients. On-site pharmacists work with patients and their doctor to monitor treatment and help prevent potential side effects. 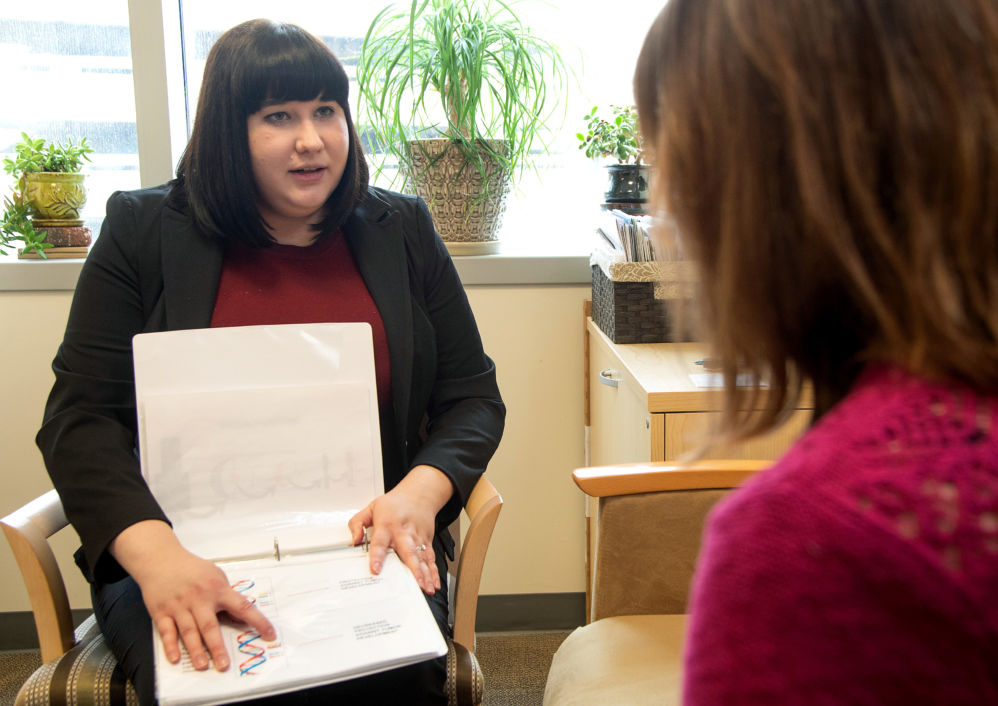 USA Health has the only board-certified genetic counselor in the Gulf Coast region. We help patients understand their inherited risk factors and what they can do about them. 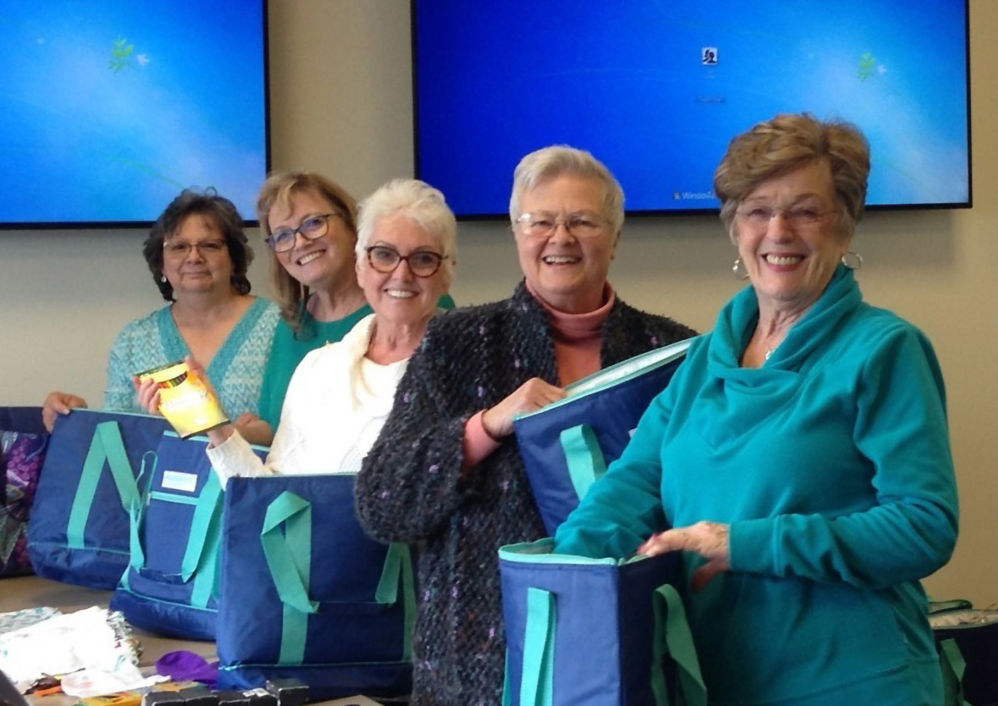 You don't have to face gynecologic cancer alone. Find a cancer support group. There are many to choose from, both at USA Health and in the community.

USA Health gynecologic oncologists are ready to help you understand and overcome the health challenges you're facing.

Find a gynecologic oncologist who can help you get the advanced cancer care you need. 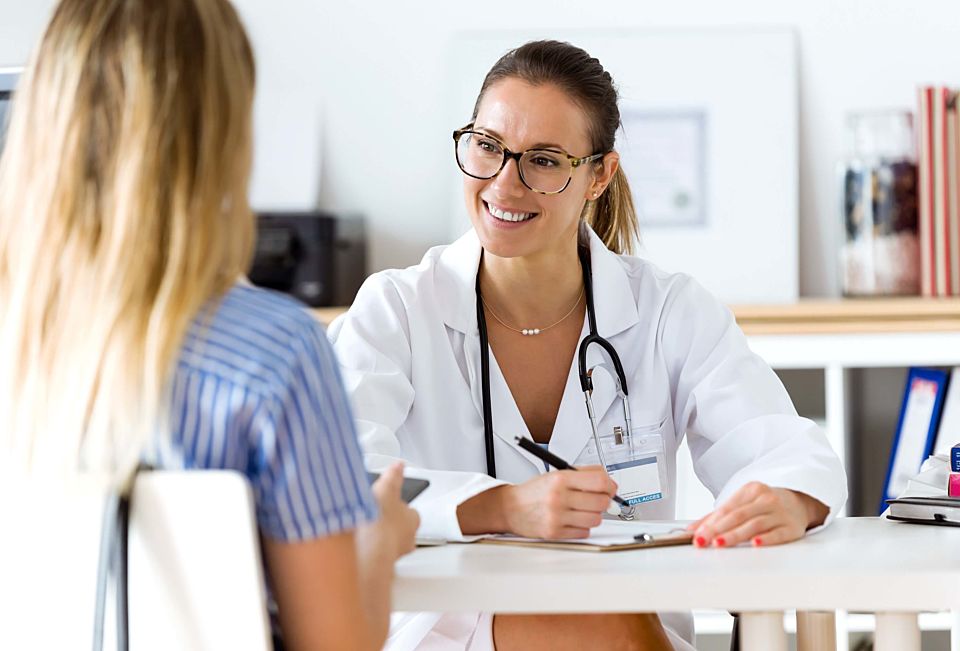 If a doctor has diagnosed you with uterine, endometrial, ovarian or cervical cancer, get a second opinion from a USA Health gynecologic oncologist. 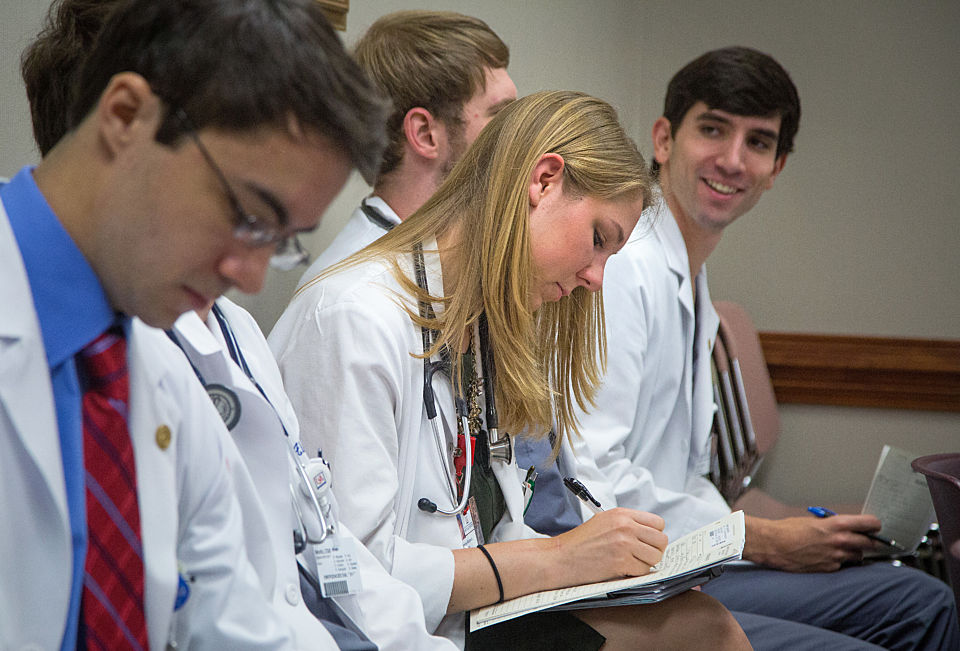 At USA Health, we strive to improve the health of our patients and the way medicine is practiced. Find out how we're doing just that.

Learn More
This link will open in a new tab or window.