The new center has 38 examination rooms and three expansive trauma bays. To increase efficiency, CT and X-ray imaging are located within the center.

“Opening a new emergency department means we are dramatically increasing access to state-of-the-art technology and the highest-quality care provided by members of our academic health system,” said Edward Panacek, M.D., M.P.H., chair of emergency medicine at USA Health. “With almost three times as much space as we had previously, we are expanding our ability to meet the healthcare needs of the people in our community as we train the next generation of healthcare providers.”

The new emergency department is approximately 27,000 square feet, nearly triple the amount of space in University Hospital’s previous department. The new center has 38 examination rooms and three expansive trauma bays. To increase efficiency, CT and X-ray imaging are located within the center.

USA Health formally broke ground on the project in December 2018. At the time, officials announced the facility would be named The Fanny Meisler Trauma Center, in honor of the late wife of local philanthropist Bert Meisler, who donated $5 million for the project.

For several years, USA Health has been raising additional money for the emergency department through the ‘A Night Honoring Heroes’ fundraiser. Because of the generosity of the USA Foundation and other individuals, the new space features the most modern equipment available for the delivery of care, as well as for conducting research and training healthcare providers. 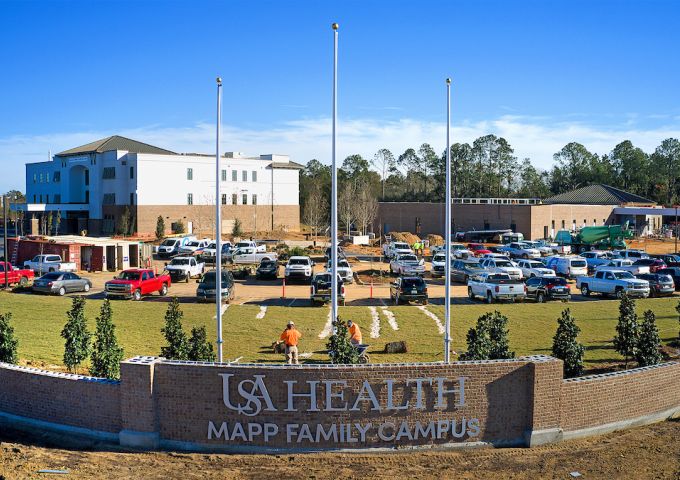