Aneurysms are dangerous if they leak or rupture. Avoid risk factors such as smoking and high blood pressure.

What is a cerebral aneurysm?

A cerebral aneurysm is a ballooning in a blood vessel in the brain that can leak or rupture, causing bleeding into the brain.

About 3 to 5 million people in the U.S. have cerebral aneurysms, but most do not produce any symptoms. Brain aneurysms are often detected after they've ruptured and become medical emergencies. However, aneurysms are also found incidentally or on screening, such as when you’ve undergone imaging tests for another condition.

Dr. Cordina said only a small percentage of aneurysms rupture. Many factors determine whether an aneurysm is likely to bleed, including the size, shape and location of the aneurysm. Smaller aneurysms that are uniform in size may be less likely to bleed than larger, irregularly shaped ones.

According to Dr. Cordina, most cerebral aneurysms won’t cause any symptoms unless they rupture. If that happens, he said, “The headache that results is typically described as the ‘worst headache of my life.’ Other symptoms of a cerebral aneurysm include visual acuity loss, double vision, and facial pain.”

Dr. Cordina said everyone should be aware of risk factors for aneurysms. Risk factors that are present at birth include connective tissue disease (e.g. Ehlers-Danlos syndrome), autosomal dominant polycystic kidney disease, familial hyperaldosteronism Type 1, and Moyamoya syndrome. In addition, family members of patients with cerebral aneurysms are at increased risk of having an aneurysm, even in the absence of a known hereditary syndrome.

Risk factors that develop over time include cigarette smoking (the risk is increased with the number of cigarettes smoked) and hypertension, or high blood pressure. Those who both smoke and have hypertension have an almost 15-fold increase in risk of bleeding.

Several things can cause an aneurysm to rupture, including prior bleeding, family history, and the shape of the aneurysm. Dr. Cordina said emotionally stressful life events have not been convincingly shown to be a trigger for aneurysm rupture.

What happens if an aneurysm ruptures?

If an aneurysm ruptures, it leaks blood into the space around the brain. This bleeding may damage the brain and cause stroke symptoms. Once an aneurysm bleeds and brain damage occurs, treating the aneurysm will not reverse the damage. Treatment is aimed at preventing additional bleeding.

If you have a sudden, severe headache or other symptoms possibly related to a ruptured aneurysm, imaging tests can determine if you have had bleeding into the space between your brain and surrounding tissues. Symptomatic aneurysms of all sizes should be considered for treatment with urgency.

Small, unruptured aneurysms that aren’t creating any symptoms may not need treatment unless they grow, trigger symptoms or rupture. If an aneurysm has ruptured, repair will be recommended.

To request an appointment with a USA Health physician or specialist, click here to use our online form or contact our Patient Navigator at (251) 434-3711. 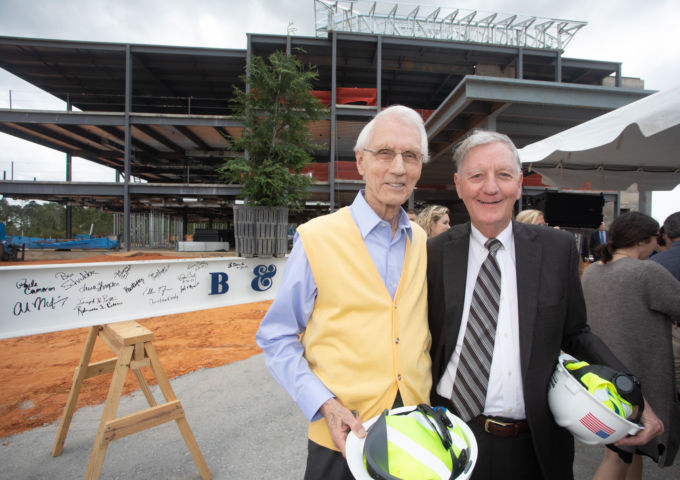