'They gave us our boy back'

Kim and Matt Renihan had nearly lost hope for their 3-year-old son, Liam, who was diagnosed with epilepsy at 15 months old.

Kim and Matt Renihan had nearly lost hope for their 3-year-old son, Liam, who was diagnosed with epilepsy at 15 months old.

Liam’s seizures escalated quickly – from an isolated event of losing his balance to experiencing up to 100 seizures a day. Because his brain was constantly firing, he could not function like a typical toddler. He struggled to interact and maintain eye contact, and he was not meeting development milestones.

“When he would have a seizure, his whole upper body would fall to the floor; so he would hit his head, his face, his collarbone,” Kim said. “Liam’s been happy his whole life, but it was physically and emotionally hard for us.”

When Liam’s seizures were at their peak, the Renihans learned Kim was pregnant with their daughter, Olivia. They worried their son’s epilepsy might be a genetic condition.

Liam saw three neurologists and tried more than a dozen anti-seizure medications, which made him lethargic. He had a vagus nerve stimulator implanted in his chest that sent signals to his brain every three minutes to prevent seizures. Suddenly, the seizures stopped.

“At the time he was on five medications, so we didn’t know why we had seizure control,” Kim said. “So, we waited every day until we got one.”

And they did – after 360 days of being seizure-free, Liam’s seizures came back. Every neurologist the Renihans saw told them Liam’s epilepsy had only a 1 percent chance of being cured. He was not responsive to medications, and he was not a candidate for surgery.

The Renihans were prepared to travel to Boston to get a fourth opinion when they heard that Juan Ochoa, M.D., was accepting pediatric patients here in Mobile. Ochoa, a neurologist with USA Health and director of the SouthCEP Comprehensive Epilepsy Center, reviewed Liam’s files and agreed to take on his case.

“When we first saw William, he wasn’t interacting. He wasn’t able to communicate because he was seizing all the time,” Ochoa said.

He saw something in Liam’s original tests that none of the other neurologists noticed. “When we looked at his EEG and MRI, we could see where his seizures were coming from,” Ochoa said. “All of his seizures were definitely focal.”

That meant Liam was, in fact, a candidate for surgery.

“As parents, we were excited to hear focal seizures, because that meant they could take out the part of the brain causing the seizures. So, we had a glimmer of hope,” Kim said. “But, after having failed so many medicines, hope is a tricky thing.”

As part of Liam’s preliminary testing for surgery, Ochoa and the SouthCEP team used technology called EEG source imaging to localize the seizures. But, a diagnostic tool is only as good as the diagnostician who interprets the data, and Ochoa is an expert.

“There are very few epilepsy centers in the United States capable of using this technology, and we can do this here in Mobile,” he said. “We can help children with epilepsy without having to send them away.”

Armed with data from these sophisticated tests, Ochoa then collaborated with George Rusyniak, M.D., a neurosurgeon with USA Health, to come up with a treatment plan for Liam. In mid-January, Liam underwent the two-part surgery.

“In the first surgery, I placed electrodes on the surface and deep inside the brain. Our goal was to find a focus where the seizures were coming from,” Rusyniak said. Three days later, “in the second surgery, our goal was to remove the focus without causing any neurological deficits. Our hope was that we would stop the seizures and increase function.”

To achieve this goal, Ochoa and Rusyniak worked very closely during surgery. Ochoa used intraoperative EEG monitoring while Rusyniak removed the parts of the brain causing the seizure activity. “We transected an eloquent area of the brain, which was his motor cortex. That’s where most of his seizures were coming from,” Rusyniak said. “But, we also found an additional source that we suspected based on the preliminary tests – the hippocampus – so I removed part of that also.”

Before taking Liam back to surgery, Rusyniak explained to Liam’s parents that operating on the brain is a delicate balance of removing and leaving what is necessary. Kim recalled, “The last thing I told Dr. Rusyniak was, ‘You take what you need, but leave us our boy. We want as much of him as we can have back.’”

From a purely medical standpoint, the surgery was a success. Liam’s EEGs before and after surgery were “night and day,” Ochoa said. “Before, there was chaos.” After surgery, his EEG showed normal brain activity – no chaos, no epileptic activity.

In terms of quality of life, the results have been remarkable. Within days of surgery, Liam kissed his parents for the first time in nearly two years. He started babbling and making new sounds. He gave high fives and showed interest in playing with other children.

“They gave us our boy back,” an emotional Kim said.

Ochoa visited Liam in the hospital and was amazed by the boy who previously couldn’t make eye contact or use his left hand. Not only did he throw a ball to Ochoa, he used his left hand to do so. As it turned out, Liam is left-side dominant, but because the seizures affected the right side of his brain, he wasn’t able to use his left hand before surgery.

Rusyniak was equally thrilled with Liam’s progress. “Five days after he had two major brain operations, the little guy was running around and looking into the playroom wanting to play with other children,” he said. “It was very, very exciting.”

Since recovering from surgery, Liam returned to The Little Tree Preschool in Mobile, and he continues to receive occupational and speech therapy. Although he is still about 18 months behind his peers, he is developing in the right progression and catching up quickly. Most important, Liam hasn’t experienced a single seizure since surgery.

“We play all kinds of fun, annoying toddler games now,” Kim said. “He lights up when he sees his people come into a room. He’s shy when new people come around, which he never noticed new people before.”

The Renihans could not be more satisfied with the care Liam received from USA Health. Staying in Mobile made the experience less stressful, as grandparents were able to bring their daughter, Olivia, to the hospital to visit regularly.

“Everything we have done up until this point led us to where we need to be,” Kim said. “We had the best outcome we could have hoped for.”

Kim added that she and Matt could never adequately express their gratitude to Ochoa and Rusyniak: “We love them,” she said. “They are part of our family. They are our heroes.” 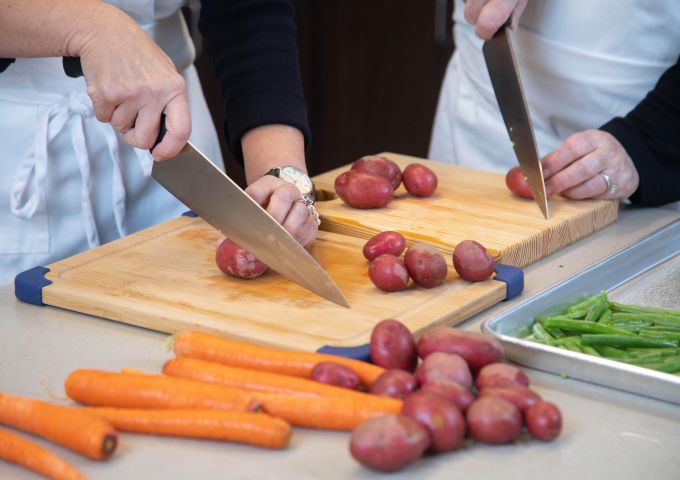 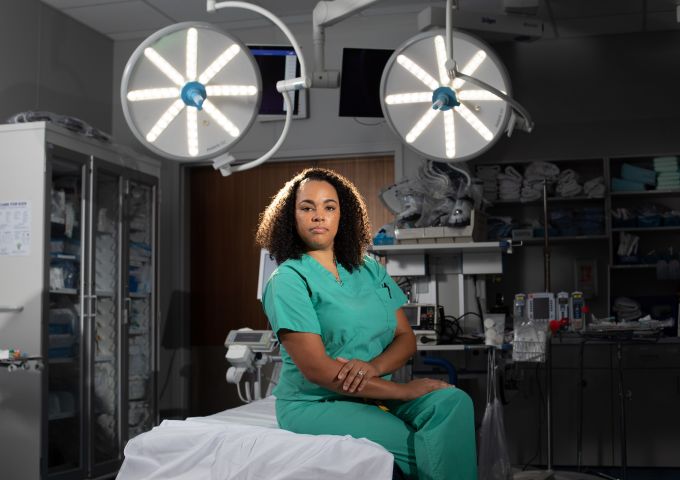