On March 12, 2020, just as COVID-19 was beginning to emerge in Mobile, two USA Health staff members pulled on protective gear, tore open test kits and approached motorists waiting in their cars who were experiencing symptoms of the disease caused by the novel coronavirus.

Natalie Fox, DNP, chief nursing officer for USA Health Physicians Group, and Brittany Brown, RN, MSN, director of operations for internal medicine at USA Health, performed the first tests for the academic health system in the back parking lot of Stanton Road Clinic. The next day, on March 13, the Alabama Department of Public Health announced the state’s first confirmed case of COVID-19 in a state resident.

At the time, USA Health had a limited supply of tests provided by Assurance Scientific Laboratories, one of the health system’s partners based in Birmingham, Ala. After testing a handful of patients on Thursday, March 12, even more tests were needed on Friday, March 13.

“It became very clear to me, as we tested nine people in a flurry that Friday afternoon, that wasn’t going to work,” said Fox, who also serves as assistant administrator at USA Health. “We were going to have to come up with an operational process to get these COVID tests done.”

Like others in hotspots around the nation, Fox and Brown were pioneering drive-through testing in a new era of healthcare. Calling on their USA Health colleagues in information technology, quality management, family medicine and other departments, they formed a small group to quickly launch a COVID-19 testing operation in just 48 hours.

They shouldered a huge task – establishing a mini clinic in a parking lot that gave them the capability to answer phones, make appointments, track patients and access medical records, all while keeping testers and patients safe. “We never did drive-through testing before,” Fox said, “but we had to learn from other organizations and each other to adapt our processes.”

Repurposing the Center for Healthy Communities

One person called on to help was Louis Wright, director of technology and IT infrastructure for USA Health. A request came in for assistance setting up computers, laptops and telephones for a testing site. A Louisiana native, he had been following the news about COVID-19 closing schools and filling hospitals in New Orleans. “I thought, ‘Wow. This is really coming,’” he recalled.

An IT project manager known for his can-do attitude, Wright met with Fox. They had the weekend to get things set up. He told her, “not a problem.’”

Wright and his support staff showed up at the USA Health Center for Healthy Communities at 211 Catherine St. on a Saturday morning. With the help of the telecommunications department from the University of South Alabama, they set up four phones and a centralized number for callers to request appointments.

Electronics were hard to find in stores in the early days of the pandemic, so they received approval to pull laptops and a TV monitor from other projects to install so nurses at the Catherine Street location could track incoming patients in real time. The call center also had to connect to two electronic medical records systems.

“Since it was on our network, we were able to do it in 48 hours,” Wright said.

At the same time, Fox and Brown mapped out a process so that callers – USA Health employees and established patients – could call to request appointments and be added to the queue. When patients arrived, they would be directed to park in spaces at the Catherine Street lot and show a driver’s license from their cars. Nurses verified the information and carefully took nasal swabs through half-opened windows.

During the first full week that began March 16, the team tested up to 30 patients a day. At that time, the average turnaround for test results was five days with a maximum of 12 days wait time.

Just 10 days after launching the COVID-19 testing center, its success set the stage for a much larger operation – a partnership with the City of Mobile to establish a site that would be open to the public.

On March 26, during a Friday news conference, Mobile Mayor Sandy Stimpson and USA Health Chief Medical Officer Michael Chang, M.D., announced that they were partnering on the new testing site at Ladd-Peebles Stadium, located near downtown Mobile, and slated to open just 10 days later on April 6.

Ladd-Peebles presented new challenges. Although there was plenty of space for parking and tents, a computer network needed to be established.

As IT staff from the city and USA Health walked through the site, they discovered an active network at the 72-year-old stadium and that USA still had wireless infrastructure from its football ticketing system. The only problem was that some needed equipment had been removed in anticipation of the opening of the new on-campus football stadium.

Healthcare workers performing testing also needed phones. Using stock from another project and working with campus telecommunications and a private vendor, the group was able to set up 14 internet-based phones at the stadium. IPads and a TV monitor were added. City trucks were brought on site to relay an internet signal.

“It had to happen,” Wright recalled. “We are the heartbeat of Mobile to provide this service to our community. Everybody just pitched in.”

Late that Friday before the Monday, April 6 public opening, Wright and the team discovered that they would also need to provide a call center to accommodate people seeking testing. Now they needed 12 phones configured. For Catherine Street, they had ordered 20 extras just in case, he said. “It was a good thing we did.”

Wright and an engineer returned to Catherine Street to set up the new call center. He ordered Bluetooth headsets from Best Buy and picked them up so that employees would have their hands free to enter information while on the phone. Another support worker jumped in to help configure the phones. Three nurses, three schedulers and two managers were reassigned to staff it.

By Monday, April 6, everything was in place. “The city’s test line opened up at 8 o’clock,” Wright said.

The public testing site at Ladd-Peebles stadium connected USA Health with Mobile, Ala.-based Synergy Laboratories, which expanded testing capacity and drastically improved the average turnaround time on test results to 12 to 24 hours, down from five to 12 days, Fox said.

To assist USA Health in opening testing up to front line workers and the public, the City of Mobile provided traffic control, infrastructure support and personal protective equipment.

In the first week of April, healthcare workers at Ladd tested 425 people for COVID-19. Fox was able to return to her role as assistant administrator at USA Health, leaving the day-to-day operations of the testing site to Sarah Kahalley, a data coordinator in the quality department.

At Ladd, USA Health established a hotline for public access to screening and testing, 1-888-USA-2650. Staff also collaborated with the city to test first responders including police and firefighters, and eventually staff from the city’s jail. In early April, the site averaged between 70 and 100 patients a day.

Also in April, a call for help from a local nursing home to assist in testing employees moved USA Health into another sector of remote-site COVID-19 testing. A pathway was immediately established, Fox said, to perform testing at the nursing home site while maintaining operations and capacity at the football stadium.

A COVID-19 outbreak at Mobile Metro Jail in early May led to more off-site testing for USA Health. At the city’s request, more than 200 employees received screenings, medical evaluations and tests in a 48-hour period through a remote unit USA Health established outside the jail.

In early June, as summer approached, severe weather damaged tents and other equipment at the Ladd stadium location. After consulting with city leaders, the USA Health testing site was moved to the Mobile Civic Center arena that features a seven-story dome where patients can continue to conveniently drive in for COVID-19 testing then drive back out without ever leaving their cars.

Following Memorial Day weekend, as COVID-19 continued to spread along the Alabama Gulf Coast, USA Health staff exceeded 300 patient tests a day. By July, a permanent staffing plan was designed and implemented for the testing center.

After a lull in late summer 2020, the number of positive COVID-19 tests began climbing in much of the United States, including at the USA Health testing center. The percentage of positive tests each month has ranged from a low of 6 percent to a high of 16 percent, Fox said. More than 22,700 tests have been administered since March.

Testing for the novel coronavirus continues on weekdays at Expo Hall off Lawrence Street.

“With respiratory season upon us, it is important to continue COVID-19 testing in order to assure we are treating symptoms and illnesses appropriately,” said Haley Kirby, MS. Ed., operations coordinator for the USA Health testing center. “We need to continue to encourage community awareness as we are still in the midst of an international pandemic.”

The goal of the testing center, Fox said, is to continue to offer testing to the community until it’s no longer needed.

USA Health today formally kicked off construction of an expansion of the Pediatric Emergency Center at Children’s & Women’s Hospital at its campus in Midtown Mobile.

Quindera Crayton, an electrician from Clarke County, was 31 when a car crash left him partially paralyzed and unable to walk.

For more protection against COVID-19, USA Health is offering a third dose of the Pfizer-BioNTech vaccine at its drive-through location at the Mobile Civic Center to those who qualify. 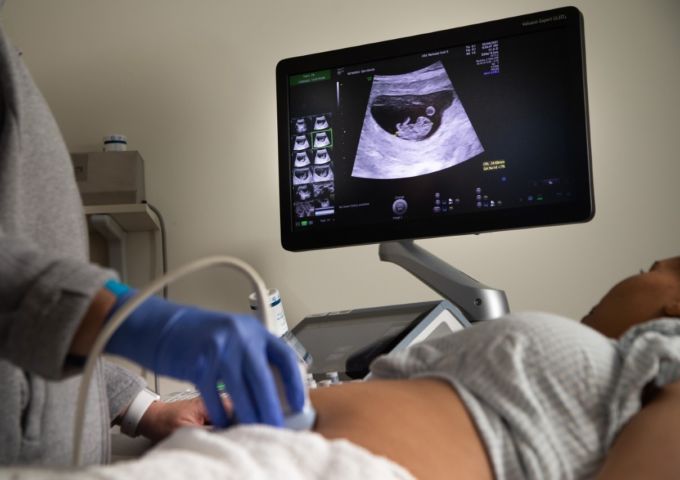 Four OB-GYN physicians and a nurse practitioner will treat patients at the new location on Old Shell Road. 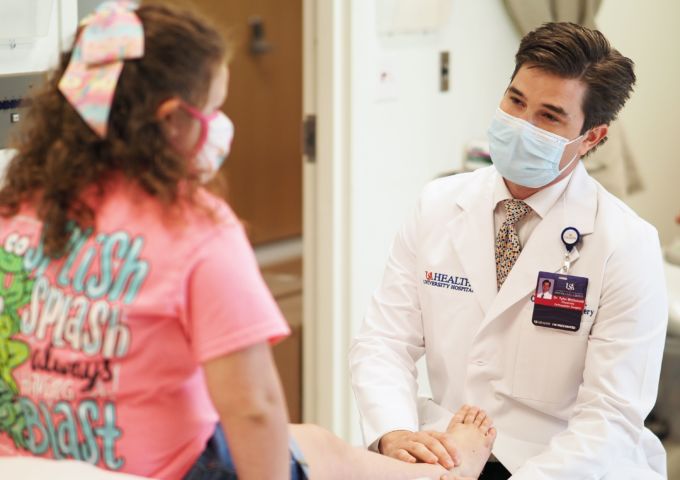 During medical school, Tyler McDonald, M.D., realized he had a passion for treating children’s medical needs.