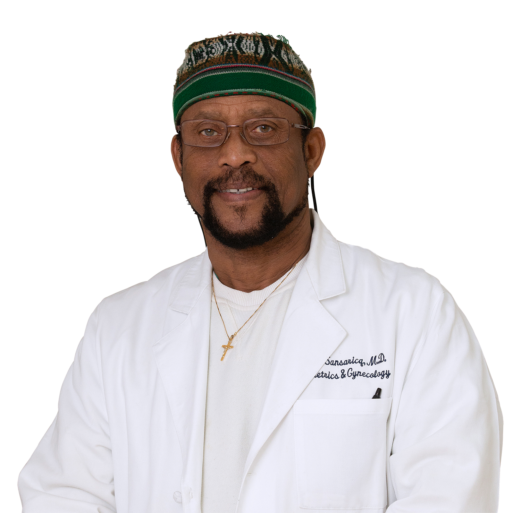 Obstetrician and GynecologistAdjunct Assistant Professor of Obstetrics and GynecologySpecialty: Women's Care, Pregnancy & Childbirth
Refer a Patient
Request an Appointment
Or call to make an appointment1 (251) 479-0058
Share this provider with a friend or family

Jean Sansaricq, M.D. earned his medical degree from the University Mayor Royal Y Pontifice San Francisco Xavier in Sucre, Bolivia. He then completed his residency training in obstetrics and gynecology at USA, where he served as chief resident.

Prior to joining USA, Dr. Sansaricq served as an obstetrician and gynecologist in private practice in Mobile. He is a member of the American College of Obstetrics and Gynecology and the American Medical Association. He is fluent in English, Spanish and French.