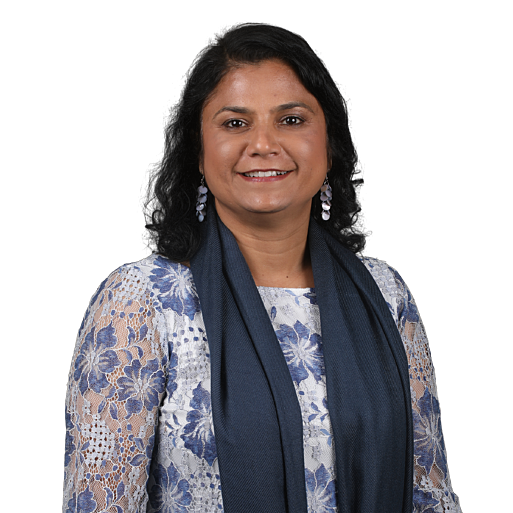 Dr. Seema Singh joined Mitchell Cancer Institute (MCI) in 2009 as Instructor of Oncologic Sciences. She quickly established a robust, independent laboratory program and was promoted to assistant professor in 2012 and then to associate professor in 2016. Her primary areas of interest include the role of inflammatory signaling in cancer progression, angiogenesis and metastasis, cancer stem cells and cancer health disparities. After obtaining a Ph.D. in India in 2001, she received postdoctoral training at University of Nebraska Medical Center in the area of tumor microenvironment, and breast and melanoma pathobiology. Her research programs have been funded through NIH/NCI, and she has also served on peer review committees to evaluate grant applications.

Dr. Singh is currently focused on identification of novel targets in melanoma, investigating the role of inflammatory and DNA damage pathways in the etiology, and progression of non-melanoma skin cancer. Dr. Singh's team has discovered a novel role of silver nanoparticles (AgNPs) in the protection of keratinocytes from UV radiation-induced DNA damage and apoptosis. She is also exploring the role of differential tumor microenvironment in breast cancer racial disparity.

Molecular Causes and Mechanistic Underpinning of Breast Cancer Racial Disparity -African-American women with breast cancer are diagnosed with more aggressive disease, have higher risk of recurrence and a poorer prognosis as compared to Caucasian American women. Despite these recognitions, we still do not have a clear understanding of the biological causes and associated molecular mechanisms involved in such disparity. Emerging data suggests the existence of disparate tumor micro-environment (TME) in breast cancer of African-American and Caucasian American racial backgrounds. However, the underlying molecular basis and its functional impact remain poorly understood. As part of our ongoing research, we have made several novel findings that not only signify the importance of TME-tumor cell interaction, but are also significant from the molecular and mechanistic standpoints. Based on preliminary findings, we hypothesize that intrinsic differences in tumor biology contribute to racial disparity in breast cancer, and resistin-LIN28A-(IL6)-STAT3/p-STAT3 serves as an important regulatory loop controlling the aggressive and therapy-resistant phenotypes of breast cancer cells.

Chemoprotective Role of silver Nanoparticles in UV-radiation Induced Skin Carcinogenesis - Ultraviolet (UV)-B radiation from the sun is an established etiological cause of skin cancer, which afflicts more than a million lives each year in the United States alone. We are studying the chemopreventive efficacy of silver nanoparticles (AgNPs) against UVB-irradiation-induced DNA damage and apoptosis in human immortalized keratinocytes (HaCaT). We have shown that AgNPs are well tolerated by HaCaT cells and their pretreatment protected them from UVB-irradiation-induced apoptosis along with significant reduction in cyclobutane-pyrimidine-dimer formation. Moreover, AgNPs pre-treatment led to G1-phase cell-cycle arrest in UVB-irradiated HaCaT cells. AgNPs are efficiently internalized in UVB-irradiated cells and localized into cytoplasmic and nuclear compartments. Furthermore, we observed an altered expression of various genes involved in cell cycle, apoptosis and nucleotide-excision repair in HaCaT cells treated with AgNPs prior to UVB-irradiation. Together, these findings provide support for potential utility of AgNPs as novel chemopreventive agents against UVB-irradiation-induced skin carcinogenesis.

Learn more about the Imflammation and Immunobiology Lab.

USA Health has a comprehensive biomedical research program that spans a wide range of clinical, basic and translational research.​ At the Mitchell Cancer Institute, our physicians and scientific investigators are searching for breakthrough discoveries to improve the lives of cancer patients. 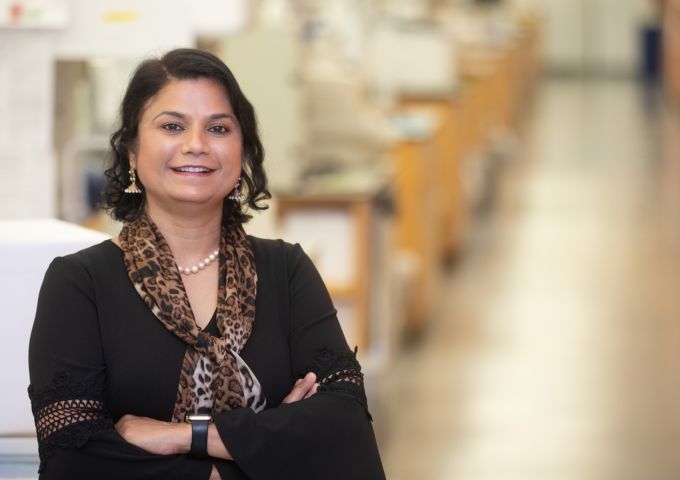 Cancer researcher Seema Singh, Ph.D., has been named the recipient of the 2020 Mayer Mitchell Award for Excellence in Cancer Research. 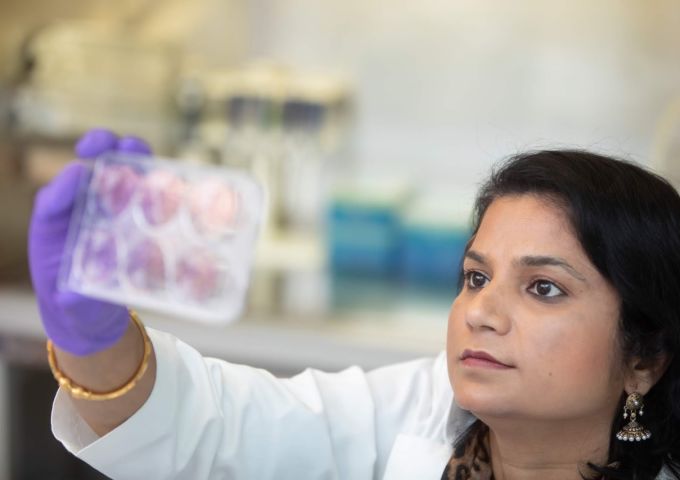 In an effort to understand the causes of disproportionate breast cancer outcomes in women, researchers at the University of South Alabama College of Medicine will explore whether and how socioeconomic difficulties affect human biology, leading to a higher cancer risk. 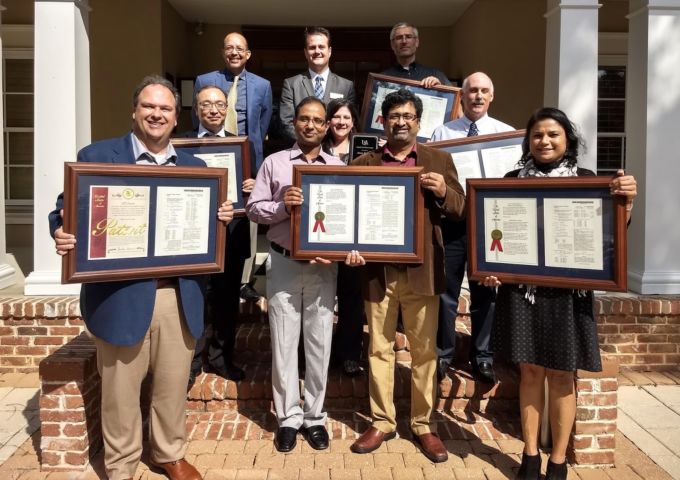